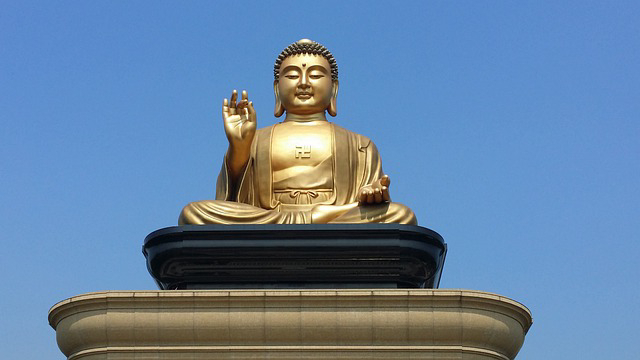 NEW DELHI:  Sticking out the ideas and bringing thoughts of Buddhist through reaching tourist and pilgrims and seeking to connect with Buddhist heritage sites in India. Prime minister Narendra Modi utilizing the ‘soft power’ political exercise on Saturday by addressing a virtual meeting on Dhamma Chakra Diwas to marks Buddhas first sermon at Sarnath.
On the occasion of International Buddhist Confederations, we get to saw Modi makes an outreach.
Many events before this Modi was seen to take part such as on Vesak day.
Also, it’s been compared with the current hot situation between India and China as one more area where China and India compete for influence.
The grand event was conducted by the cultural ministry at Rashtrapati Bhavan and was also been seen many different Buddhist countries being participating during the event countries including Japan, Laos, Cambodia, Vietnam, Sri Lanka, and Nepal barring China. Dalai Lama also made a video address at the Dhammachakra Pravartan celebration.
From a long time, China is investing extensively in infrastructure to prevent and cultivate the Buddhist leaders, not only China but many other countries are trying to cultivate and prevent the Buddhist culture their studies and leaders, Modi has also counted on the reference Buddhist traditional and preserved sites in India and Sri Lanka.
An organisation like IBC also helped in developing a connection between countries with leading Buddhist leaders in east Asia and other parts of the world.
By inviting Buddhist pilgrims and leader to India, PM wanted to highlight the initiative governments are taking towards Buddhist culture also connecting to the rest of the world.
“we in India have many such sites. You know how people also know my parliamentary constituency of Varanasi- as home to Sarnath. We want to focus on connectivity to Buddhist sites.
A few days back the Indian cabinet announced that Kushinagar airport will be an international one.
This would bring so many people, pilgrims and tourists. it would also generate economic opportunities,” he added.
Modi joined president Ram Nath Kovind and said “Today the World fights extraordinary challenges to these challenges, lasting solutions can come from the ideals of Lord Buddha.
They were relevant in the past. They are relevant in the present and they will remain relevant in the future, “.
Share

Why Tiktok banned in India

Indian government has decided to ban tiktok app. Not only tiktok but fifty eight other …

Powered by WordPress | Designed by TieLabs
© Copyright 2021, All Rights Reserved